Tom, although he can't compete in the cup (hes Brazilian and the lag would be too great), created a very nice looking ball for potential use in the cup (its the Champions League real life design). However, there are problems - namely that the ball doesn't roll at all, so it resembles more an ice hockey puck when moving across the grass than a ball. I tried it out myself and let a few others try it, and the results were mixed, one loved it, another thought its ok, and a few really didn't like it (not the ball itself but the effect of non-rolling).

So, there are a few options - we use the ball (by creating a specific Puna-CL arena where this ball is the default), or we use the default ball but its the players choice whether to see it or see the Puna-CL ball (You can simply overwrite the current punaball image with this one, as long as you keep a backup of the old one). But even then, the question must be asked as to which ball you would like to see in the videos.

Btw don't worry, even if it IS used in the games, you can always overwrite that and copy the old ball onto it for yourself. So whatever happens, nobody can be too unhappy as it will only take 1 minutes work to undo it for yourself, its more about the presentation in the videos im curious as to what people think.

So, heres a video of the ball in use, to help you make a decision.. I'll also attach the image of the ball itself for those who really like it and want to use it in the cup even if we use the default ball as the official ball. All you have to do is make sure you save a backup of the default ball, then copy and paste this one into your cars folder. 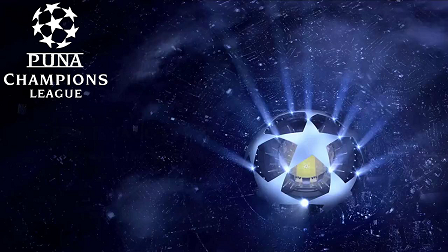 I'm not feeling it. Keep things clean and simple. I'm not sure if the intention is to make things more realistic, because it does exactly the opposite.

Tijny wrote:I'm not feeling it. Keep things clean and simple. I'm not sure if the intention is to make things more realistic, because it does exactly the opposite.

No intention from myself, Tom just shared it with me so I thought rather than dismiss it completely, I would see how everyone felt about it! I agree its not realistic, it looks cool in screenshots but I think most probably outcome unless loads of support suddenly comes on this topic is that we will play with default ball, have default ball in videos and then simply people can be aware of this ball should they want to play with it if they like it.
www.youtube.com/sliderstv <---- Best Turbosliders Videos ever made

simple no from me "i like things to stay as they are most of the time" prolly the reason i still like TS
Dont beg for things do it yourself or else you wont get anything!!
Top

The white ball is the best choice, it fits so well with the pitch colour. You could use a pcl logo on one corner of the arena for example but for the ball,my suggestion is to Keep the current one.
Top