2. Best Racing Trackmaker
dede (this one was pretty hard to decide)

5. Gentleman of the Year
Etana

6. Player of the Year
dede

1. Best Default Cars Player: dede
dede and I were really evenly matched in cups in the past year, but dede showed his skill way more on servers and obviously I can't vote for myself.

3. Best RDP-AntiSlider Rough Racer: Matti
It's not always effective what he does, but to Matti high finishes are secondary to pwning people and having fun. That's what I find absolutely hilarious about him at times, in a good way.

6. Best Racing Trackmaker: Scud
Scud seemed to be the most active trackmaker last year, and his work kept getting better and better. The track used in the last IHLC and DIT is an absolute joy to drive with sliding cars.

7. Best Fun Trackmaker: MaunoKasa
Even though most of his tracks were really idiotic, there was something good about them. Not sure what though.

8. Most Active Player: Janne
When you join a racing server, you can bet your ass that Janne is there.

9. Gentleman of the Year: Matti
Even though he hardly ever says anything, Matti just has a very positive atmosphere around him and is always fun to play with.

10. Player of the Year: dede
dede is obviously the baboon with the biggest ass and possibly with the most skill too, so it has to be him.

9. Gentleman of the Year
Matti

10. Player of the Year
Dede

1. Best Default Cars Player: dede
He's faster than ever,improved a lot this last year and got to the pole.

2. Best AntiSlider Rough Racer: Serial_Man
I forgot him on nominations but he roughs like hell and he is fast enough to win.

3. Best RDP- AntiSlider Rough Racer: Matti
When i watch Matti having RDP- RR it reminds me the Joker, messing up with everybody laughing while he does it, he make it funny but he still win.

7. Best Fun Trackmaker: Keppana
Keppana's Rough Tracks are smart enough to be funny and not stupid.


9. Gentleman of the Year: Matti
not much to say here, he's just a gentleman...

10. Player of the Year: dede
if he is the "Best Default car driver", "more active player" and a top player/maker on everything else, he's the player of the year.


1. Best Cup/Event: International Racing Tournament
The best tournament on TS... (should be more often, like twice a week or something


9. Gentleman of the Year
Etana

9. Gentleman of the Year: olio

Of course, this one was between Tijny and dede. Well, I went (quickly) through this years results from IRT, IHLC, DIT and JJT. Seems to me that Tijny was better at 2008 overall. Plus he took part to GPOR AntiSlider league too, where he kind of pwned everyone.

Another between dede and Tijny. Really hard one. I must admit that I didn't know which to choose based on skills. But for example on Pesol dede has been more active, and have some nice stats in there, so my vote goes to him.

Hmm, hard one. I gave my vote for Etana, since Matti never talks, so Etana is gentleman even on that area, from Matti I don't know

10. Player of the Year
Ande

Ande gave TS something at this year, that nobody else could do. Great job!

Since Ippon² is no more, I can vote it, right? Moaha. It organized most cups at 2008, it's members (well, dede) did huge amount of work to get TS going forward and more known. And members are well behaving etc. The team that helped TS most, in my opinion.
[+]
Top

10-Player Of The Year=
Dede

4. Best Team/Clan
[TDi]
Let your soul be your pilot
Top

Hurry if you still have to vote!
[+] Turbo Sliders Plus Team
Top

8. Most Active Player
dede (who else?)


8. Most Active Player
Storm
(well I only look at it from a pball point of view)

9. Gentleman of the Year
Matti

Okay, it's time to assign awards. Winners are the red ones. Thanks for voting and congratulations!

Tracks categories are cancelled, since there are just too many good tracks to vote for.

Awards will be associated to TurboSliders.com Player Profiles in some time

First of all, I wanna thank everyone who voted on me. Thanks.

Then, I want to thank and offer this trophy to all my fans, specially Janne, Chevron and Drago. I love u guys. I'll retire from rough racing at this point of my career, at my apogee, because I want to give you guys the oportunity to win this trophy too, specially the 3 of you, you fluffy cupcakes.

In the future I'll make some brief visits to you, just to check if my legacy is being supported.

Best regards, THE Number One. 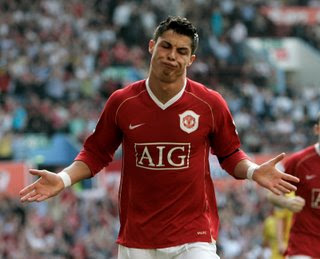 serial_man wrote:I want to give you guys the oportunity to win this trophy too

ahuahua, just remember the Full Contact cups, 18 rough tracks cups, how many times I've been pwned you and won the cups

Anyway, good luck to you if you retire at this point, voted you as best rough anti racer.
Top

serial_man wrote:I want to give you guys the oportunity to win this trophy too

ahuahua, just remember the Full Contact cups, 18 rough tracks cups, how many times I've been pwned you and won the cups

Anyway, good luck to you if you retire at this point, voted you as best rough anti racer.

Tks, good luck to u too

If only it would show on the XBX cup :x
Top